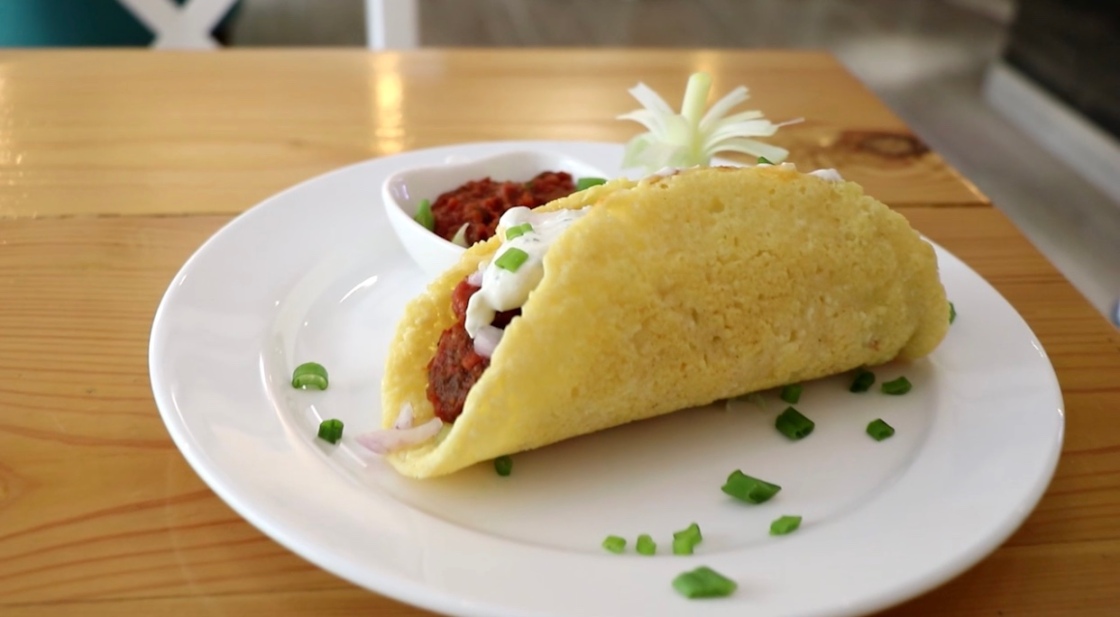 I love cheese, like any good human being. The cheese pull feature in one of my top favourite food moments to witness and so when I heard about a “cheese taco” being served at a relatively new cafe in Karachi, I was like, “yes, let’s do this.”

Even though I like to write about food, my experience with cooking has been pretty much a fail. Whenever I have tried to cook anything with cheese, I have ended up with a burnt, crusty mess – something that would take years to clean off permanently from a frying pan. And so, the thought that the cheese taco would have a hard shell made out of cheese was never in my imagination. I assumed it would be a regular taco with lot of cheese but well, I was wrong. Thank the Lord. 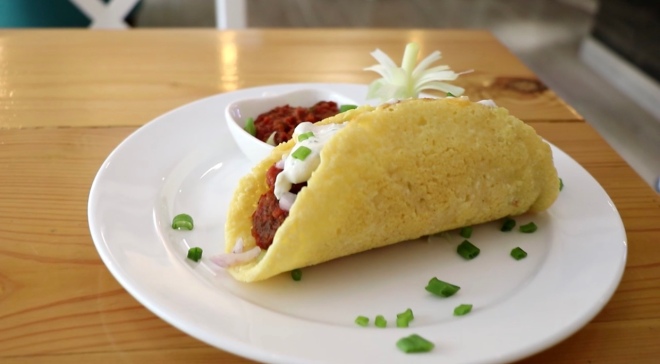 Upon looking at it for the first time, the cheese taco definitely stirs some kind of emotion in you. You don’t know what it is yet but it definitely hits some notes. There is a heap of sour cream prominently resting on the cheese taco filling, which you find out later consists of cooked meatballs, salsa and melted cheese.

Wanting to begin somewhere, I pull out a fork to take a stab, literally, at the taco. Crunch comes the reply. The fork just doesn’t cut it (pun intended). I leave caution and etiquette to the wind and just go for it with my hand, taking a small piece out of the taco shell and scooping the filling along with the sour cream out.

You taste the sour cream first and then the stuffing but it’s the aftertaste of the cheese crust that makes you go back at it again. The crunchiness of the shell is the best part, making the experience of eating the cheese taco a lot more playful than you’d imagine having a meal to be. If you’re having this with a group of friends, you will have to pretend not to know them for a little while. My friends at the time seemed to be okay with that.

I just had a perfect cheese taco. What’s there to not like? Question overruled.

Damage to the pockets: PKR 695

Name of the Restaurant/Cafe: FLOC

Cheese Taco in the Making