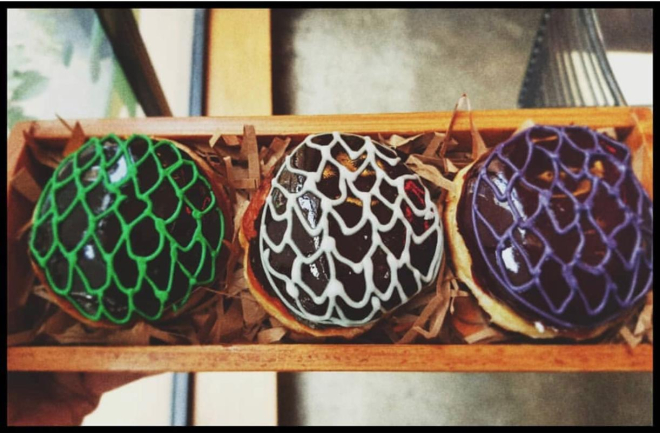 This Place In Karachi Is Making GOT Themed Donuts

The time of the dragons is upon us! Game of Thrones will be unveiling its final season this month and needless to say, anticipation and emotions are high.

Sansa Stark (or Sophie Turner as she is less popularly called) revealed that filming her last GOT scene was like experiencing a death in the family. Jon Snow (or whoever he is in the non-GOT world) said the final season will be brutal.

We can’t say if that comes as a surprise, knowing George R. Martin’s capability to sweep the floor from under your feet. Still recovering from Ned Stark’s death, TBH.

I don’t even want to imagine how it would feel like when it will all end and what is a better way to escape facing your reality than DONUTS?

Easy By Fatsos has honestly been such a food heaven for us [not sponsored] and thankfully, they have come to everyone’s rescue with their Game of Thrones themed donuts.

IMPORTANT INFO: They are officially arriving fresh on 5th April 2019, so please don’t go before and hold up the donut line.

2- Easy’s take on the dragon stone! Serving serious winter chills with this one.

3- A donut dedicated to Jon Snow’s abs!!! We and Khaleesi say, thank you!

4- JON SNOW may not know anything but we know better than to not be excited about these!

Okay and real talk: Easy’s Mocha Almond Donut is the true underrated hero if you aren’t feeling the GOT fever. You’re welcome.

Cheese Taco in the Making